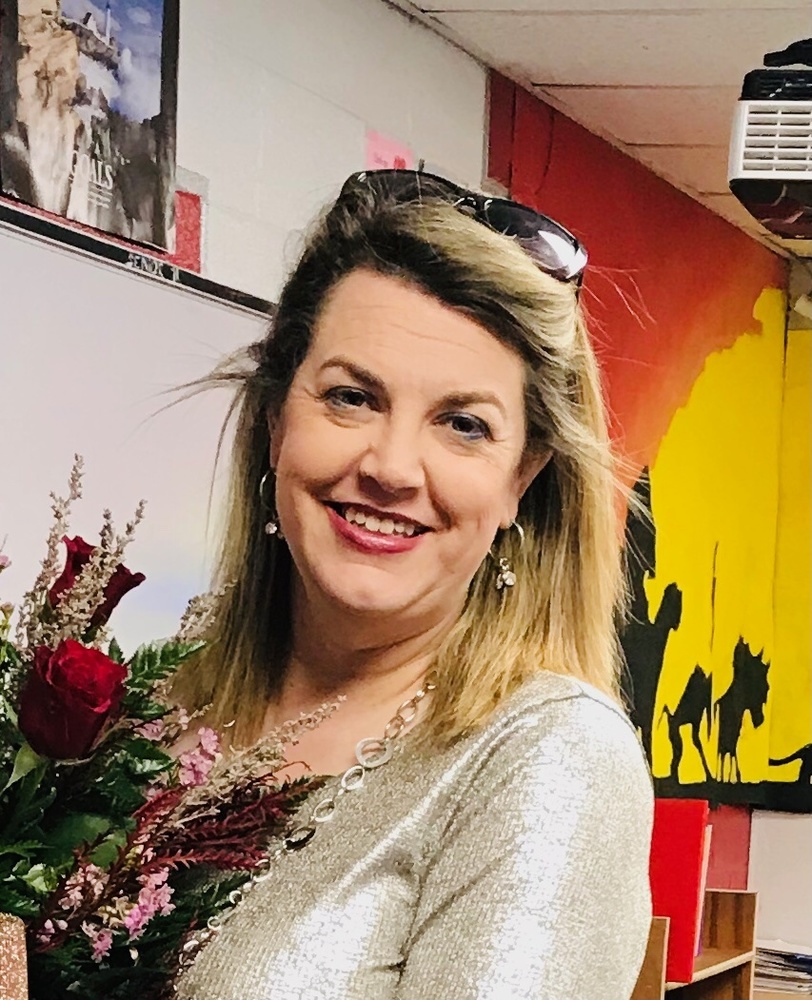 Mrs. Amy Donathan will assume the roles and responsibilities of the high school counselor at Howe High School for the 2020-21 school year.  She is a 1992 graduate of Howe High School.  Mrs. Donathan has an Associates of Arts from CASC, a Bachelors of English Education from NSU, and Masters of Education in the fields of school counseling and library media from ECU.  She has taught for 25 years, 23 of those at Howe Public Schools.  During her time at Howe, she has served as a high school English and driver's education teacher, a school counselor on both the high school and elementary levels, and the district's library media specialist.  You might also recognize her as the bookkeeper for the Lion's and Lady Lion's high school basketball teams.

Mrs. Donathan is the wife of Jimmy Donathan, who also works for Howe Public Schools.  They have two daughters, Abigail, who is a freshman at Howe High School, and two-year old Olivia, who attends the Lions Club Learning Center on the campus of HPS.

When asked about her commitment to Howe Schools, Mrs. Donathan references the familiar adage "Bloom Where You are Planted."  As a thirteen year student of Howe Public Schools (kindergarten through twelfth grade), Mrs. Donathan feels appreciative and indebted to the system that helped to shape her and has always wanted to make a difference to the community and students of Howe.  Once a Lion, Always a Lion!